The article explores specificities of thematization of science and scientific rationality in Martin Heidegger’s fundamental ontology. This analysis focuses on the concept of scienticity, character- istic for Heidegger’s “early” line of thought, as well as continuation and divergence of exposition of “science” and the nature of “theoretical attitude” as the subject of interpretation of transcen- dental phenomenology of E. Husserl. This research places an emphasis on particularity of Hei- degger’s explication of existential concept of science as opposed to prevailing logico-epistemolog- ical philosophy of science, and foundation of thematization of scientific “subject matters” and theoretical attitude upon the universe of ontological understanding of being of entities (regional ontologies). It also focuses on Heidegger’s assertion of fundamental ontological projection in a status of a peculiar “science of knowledge”, which gives ground for a priori pre-conditions of specific sciences. Separate attention is paid to a specifically Heideggerian approach to explication of the rooting of initial scientific orientation in the sphere of pre-scientific experience, which ar- ticulates itself in so called “fundamental concepts”, as well as positioning of contemplative ‘present-at-hand’ paradigm of theoretical knowledge as a derivative modus of a primary use of ‘ready-to-handness’ as a phenomenological founding basis of everydayness’ experience.

The author came to the attention that scientific knowledge is a project Dasein. It is within the framework of self-design that Dasein thematizes what happens to another region of being that is the subject of scientific knowledge. In other words, making things available in researching, applying themes, provided that the design allowed late as the systematic development of the most modern buildings, such as is done in the world, and possibly everyday greeting improvised performance.

Research Fellow at the Department

of Philosophy of Culture, Ethics and Esthetics, H.S. Skovoroda Institute of Philosophy, National Academy of Sciences of Ukraine, 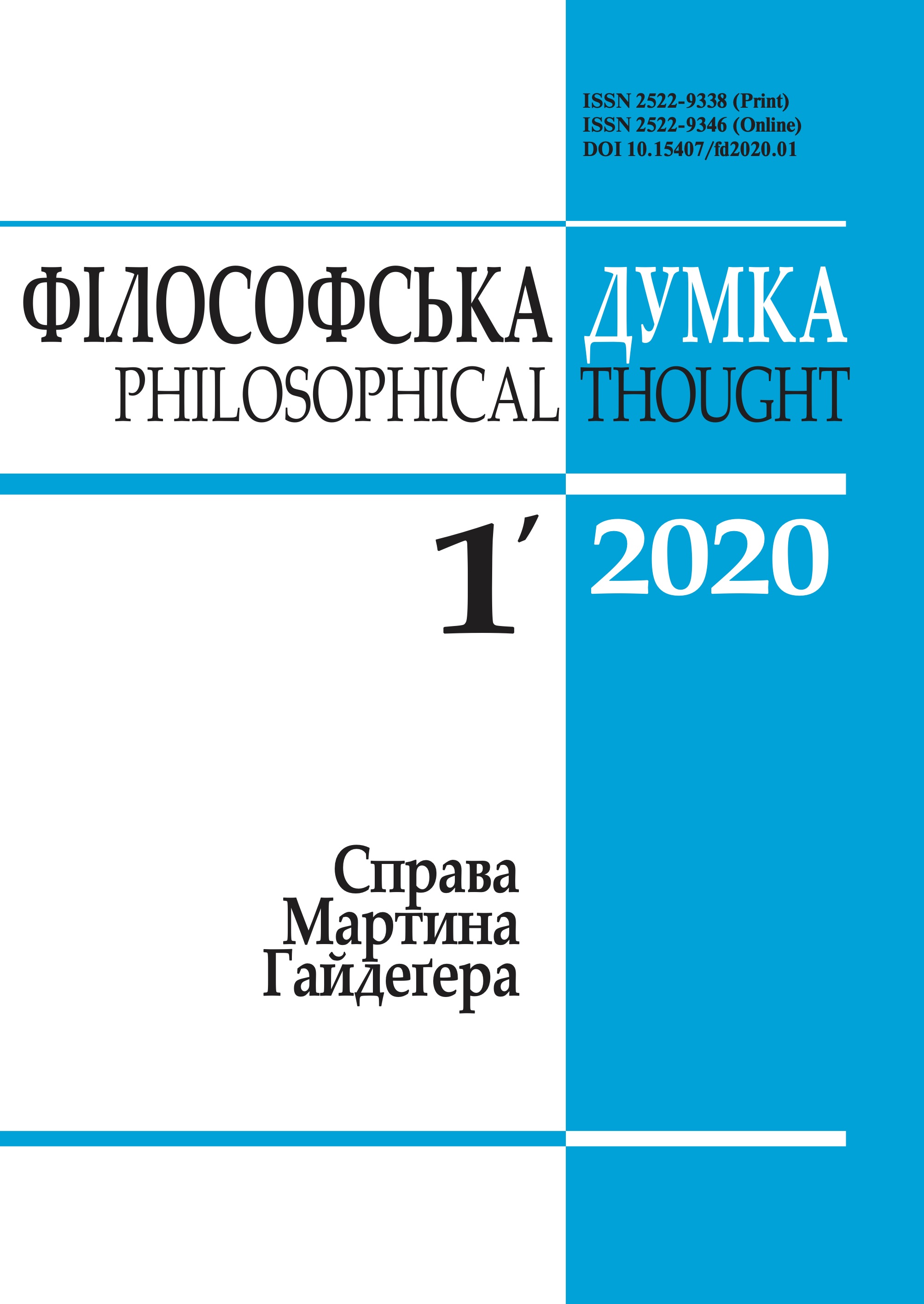