Paradoxes of identity: the past and the present

The article deals with the problematic aspects of the concept of identity, the analysis of which helps to point out and to overcome the paradoxes of the “diachronic identity”, the identity of the human person (as identity of its inner cell) and “plural, flexible identity”, and also to clarify the conditions of the legitimate use of these concepts in contemporary philosophy and social science. The article examines two paradigms of identity: the substantive, when the identity of a thing is sought in an invariable property, which provides its synchronous identity, and the formal, when the identity is sought in a form, a structure of the language, which provides its duration in time and helps to understand the diachronic identity. The article shows the importance of the use of “criteria of identity”, introduced by analytical philosophers to find out the way of duration in time of beings which they try to identify, from the material objects to the collective beings, including the identity of the human person. The problem of subjective identity is pointed out as a separate problem. Two main approaches to it are differentiated: mentalist and expressivist. The first is focused on the inner world of the human being, its memories and feelings, creating paradoxes of the «identity for itself» which is not the «identity for the others», whereas the second lets include the social world in the definition of the subjective identity and facilitates the reconsideration of the boundaries of the internal and the external in determining the human self. The article analyses contemporary use of the concept of identity in social science and public discourses and demonstrates the contradiction of the concept of “plural, heterogeneous identity”, which formulates but doesn’t solve the problem of the subjective identity as the identification of an individual with different social groups.

doctor of sciences in philosophy, senior research fellow, Departement of the History of Foreign Philosophy, Hr.S, Skovoroda Institute of Philosophy, NAS of Ukraine. 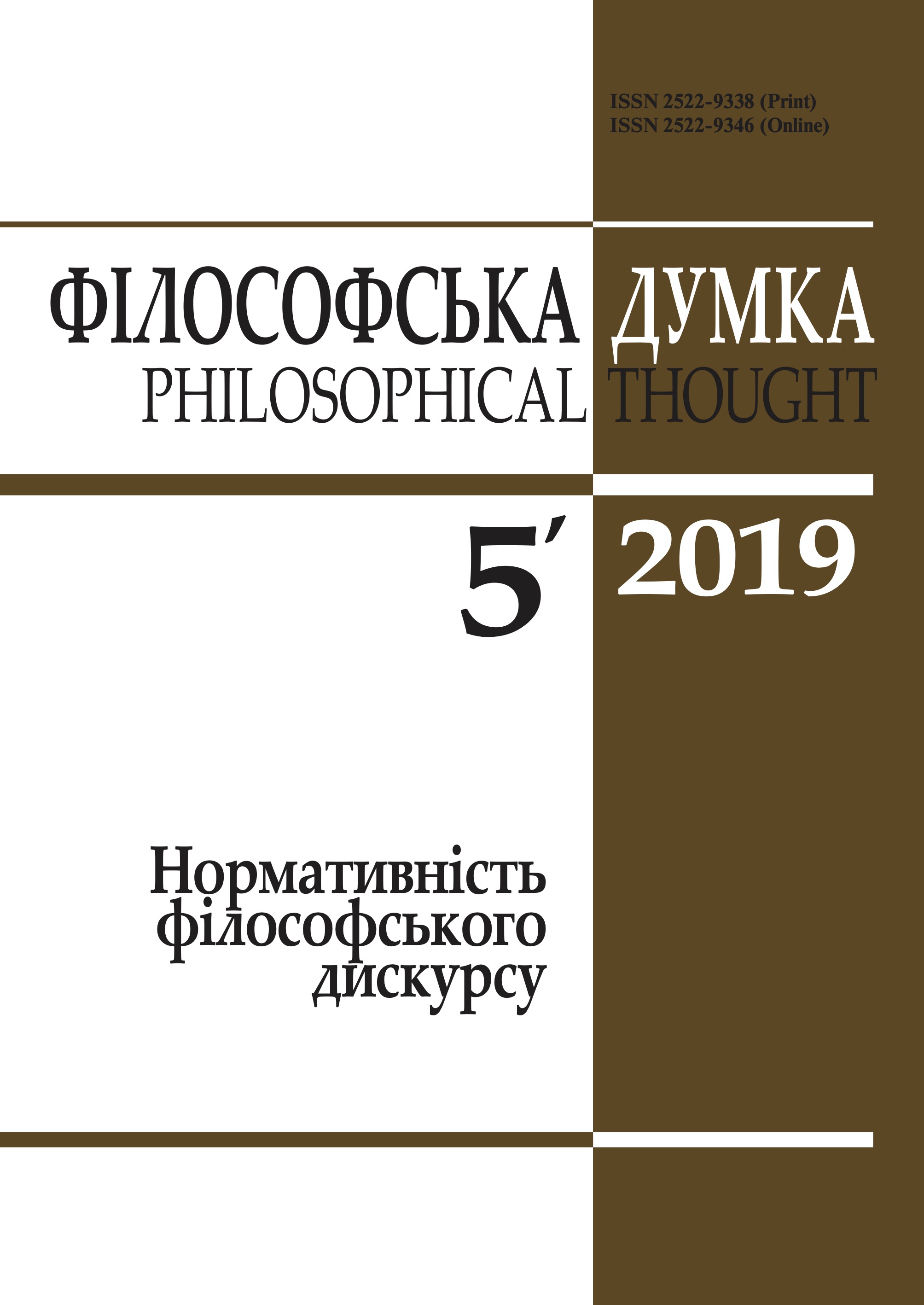